The firm was founded by P.V. Loughray, solicitor in 1899. He was succeeded by Desmond A. Houlihan who acquired the practice in 1937. It expanded rapidly over the years, becoming one of the foremost legal firms in the region. James W. Houlihan entered the firm in 1968 and was appointed State Solicitor for County Offaly in 1981 taking over the position held by his father. James W. Houlihan held the role until his retirement in 2011.

With effect from the 6 September 2021, the firm has been authorised by the Legal Services Regulatory Authority to operate as a limited liability partnership. 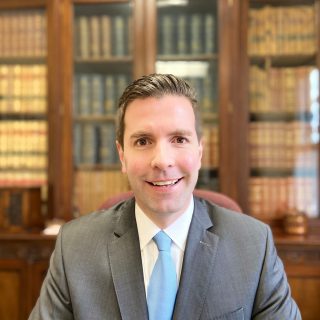 Educated in Clongowes Wood College and University College Dublin, where he obtained a Degree in Business and Legal Studies (BBLS), Desmond J. Houlihan joined D.A. Houlihan LLP in 2005, before qualifying as a solicitor in 2007.  Des practices in all areas of law offered by the firm specialising in wills, probate and estate planning, in addition to renewable energy law. 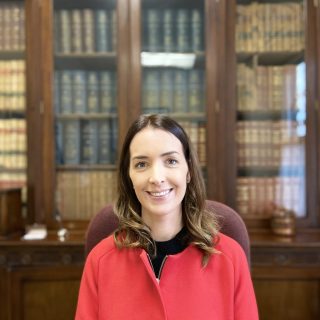 Qualified as a Solicitor in 2007, having obtained a Bachelor of Civil Law (BCL European Legal Studies) from University College Dublin. Sorcha trained and worked in a firm in Dublin until 2012 when she joined D.A. Houlihan LLP.  Sorcha has a Diploma in Trust and Estate Planning from the Law Society of Ireland and is an Associate of the Irish Taxation Institute and a member of the Society of Trust and Estate Practitioners.  Sorcha practices in all of the areas of law offered by the firm specialising in commercial and residential conveyancing and litigation.

We are very proud of our skilled and committed support staff at D.A. Houlihan LLP. A team is only as strong as its weakest link so we have put together a hard-working and loyal group of people who work in tandem with each Solicitor to look after all of our clients’ business requirements in a well organised and friendly way.